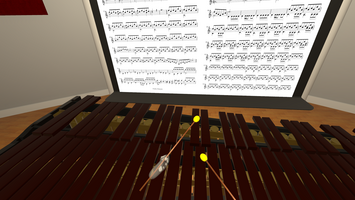 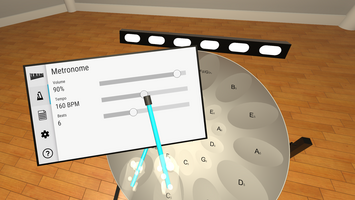 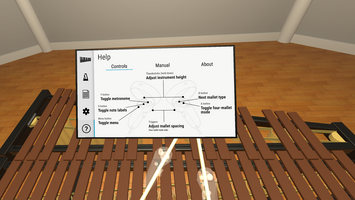 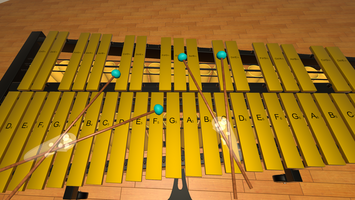 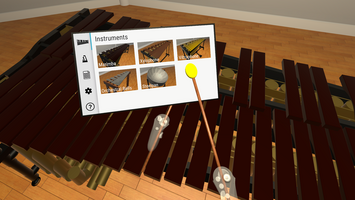 At long last, we’re excited to announce a big new update for Percussive VR! There’s a lot to cover, so let’s dive right in!

Meet the newest instrument in the Percussive VR lineup: The vibraphone! Sure to be your new favorite, the vibraphone is the first of our instruments to support a sustain pedal—which can be activated either using grip buttons or supported USB pedal devices.

Percussive VR has been re-engineered from the ground up to run on the Oculus Quest! It was no small task, but it’s now possible to play all of your favorite percussive instruments on-the-go. Quest 1 and 2 are both supported, bringing all of the features from the PC version along with them. The Quest version of Percussive VR is currently available to buy on itch.io, via SideQuest (with additional options coming in 2021)

To make the experience better with more play spaces and tracking configurations, and to optimize overall performance, we’ve taken a fresh look at how the environment is arranged and made navigation easier than ever. Instead of teleporting around a large room, you’ll now stay in one place and let the instrument come to you. You can change instruments using the new and improved menu system!

If the experimental metronome from our previous release wasn’t quite your tempo, you can now customize it using the menu! Simply switch to the Metronome tab to adjust the volume, tempo, and number of beats — and leave the duts to us!

It’s now possible to play with four mallets! Use triggers to adjust the mallet intervals while you play.

Use the new Settings tab in the menu to adjust the reverb effect to your liking. It even goes to eleven!

Expanding on the beta sheet music importer from before, sheet music can now be organized into sub-folders. The previous convention of keeping images in the top level with numeric suffixes is still supported, too! More improvements here are still to come.

Additionally, you can now scroll left and right to switch to the previous/next pages on the music stand.

Say goodbye to ghost notes! Triggers have been updated for all instruments to make hit detection more consistent and reliable.

The Steam version of Percussive VR now uses the SteamVR Input system, enabling you to customize your in-game control bindings for Index, Vive, and Touch controllers.

Coming up next on the development roadmap, in no particular order:

Which features or improvements do you want to see the most? Let us know in the comments, send us an email, or slide into our DMs on Twitter or Reddit—We’d love to hear from you!

* These features existed in previous versions of the app but have been temporarily removed because of compatibility issues with newer versions of the Unity Engine. We’ll be re-introducing these as soon as we can!